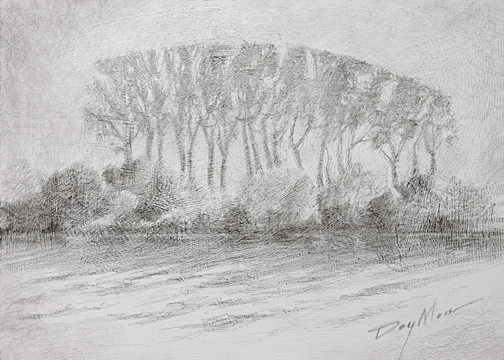 Silverpoint drawing of trees along the Saone river in France

A silverpoint drawing of trees along banks of the Saône

Creatively planted and groomed copses, such as this one, are spaced at intervals along the banks of the Saône river in France. I made a sketch of this one late one morning in the fall.

I’ve drawn this image from my original sketch using a medieval drawing technique called silverpoint (or metalpoint). The method flourished during the Renaissance, but was obsolete by the 18th century; graphite had become the preferred medium. 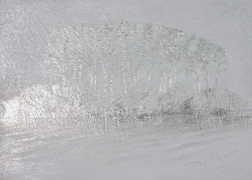 This drawing is done entirely by dragging metals across the gessoed surface producing a light gray tone. Darker values are achieved by going over areas several times. For drawing tools, I used what I had handy—a brass belt buckle, gold and silver jewelry, a sliver-plated spoon, and a cast bronze belt buckle. Because the image is drawn entirely with metal, it reflects light when viewed from various angles (as shown here). 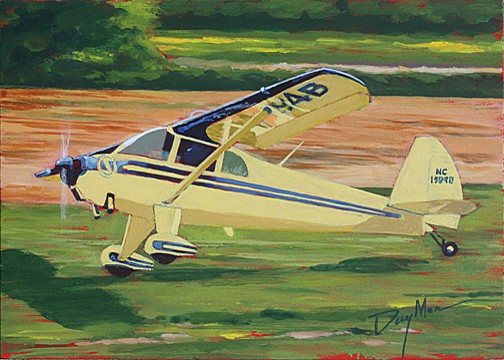 From time to time I get a commission to paint something so exciting and fun that I wonder why I hadn’t thought to do it already. “Sharon’s Luscombe” is one such commission. Thanks to some dear friends and a new friend in England, I got an opportunity to paint this beautiful Silvaire Luscombe. It was built in the 1940s and Sharon can’t seem to stop flying it. Imagine that. I listened to the Glenn Miller Band playing while I worked on it. 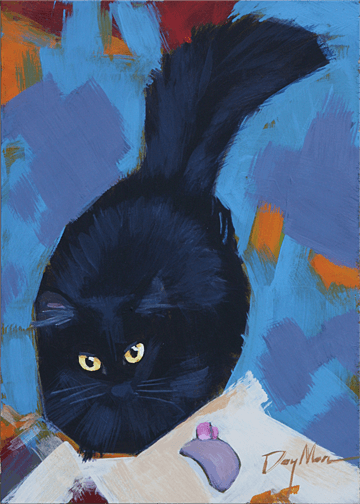 The companion piece to “Kitty with Two Toys.” I do love painting cats, but painting my little pal of 16 years is a bit painful. He’s gone, but remains a most enduring subject for paintings. 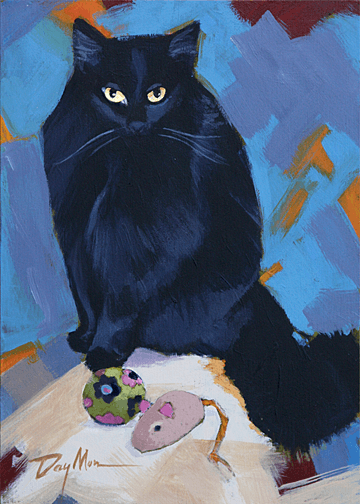 A little pal of mine from long ago. Grandma gave him the toys, and he brought them to me each night around 3 a.m. 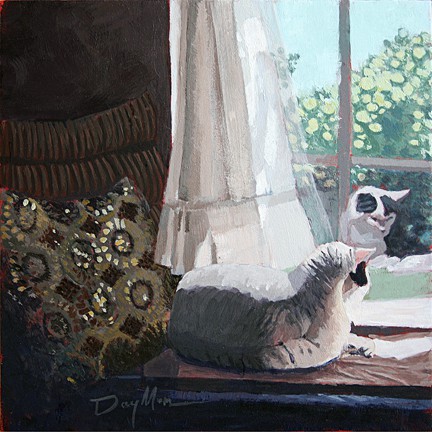 A memorial painting of kitty Tish, who was a companion to a gentle soul for 20 years. Cats are often close and affectionate friends over the years. And with the passing of a kitty, there is not only the loss of that warm companionship, but also the ending of an era that you sometimes thought would last forever.